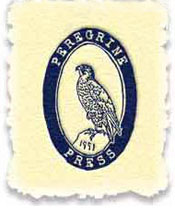 That which was, but is no longer, still is.

Using monotype, etching and collograph techniques, I create images that hold a certain amount of tension between what exists on the surface and that which is implied, and lies just out of reach. I make plates by putting marks down and wiping them away until a moment of surrender when I arrive at some balance of mark and gesture, movement and stillness, and what is there begs to be transferred onto a piece of paper. What’s left on the plate after one print is pulled becomes the beginning of the next print - carrying forward ghosts of what was once there, now gone. Building up the surface of a plate, putting a piece of paper down over the inked plate, and seeing what happens at the other end always results in a moment of surprise and magic.

This is a group of unique artist’s books about shelter: what it means to find shelter, or be sheltered. While working on these books I thought a lot about the significance of safety and security, or lack thereof. At its most fundamental, a shelter is simply a place that shields you from the elements; yet the word 'shelter' suggests so much more than simply a roof over one's head. Being sheltered, implies being protected. The more time I spent creating the prints for this work, the more this body of work became a series of books about the places I remember where I have felt most at home with a sense of grounded well-being and equanimity. These moments where I have found shelter include being under a canopy of trees by a river in Vermont, on an island surrounded by water, and in the middle of bustling European cities. These books hold memories of the settings that I often go back to in my mind’s eye when I am looking for that spaciousness of feeling safe.

Jessyca Broekman began studying printmaking with Antonio Frasconi at SUNY Purchase during high school, and earned her B.A. degree in art with a concentration in printmaking from Hamilton College in 1980. Without access to a press for the next 20+ years she focused on painting and making collages, until joining Peregrine Press in 2003.

Her work has been exhibited in the U.S. on both coasts, as well as recent solo shows at the Maine Jewish Museum, and in Foligno, Italy. In Maine she has shown at the Portland Museum of Art, The Ogunquit Museum, Round Top Center for the Arts, The George Marshall Store Gallery, Greenhut Galleries, Lewis Gallery at the Portland Public Library, and the UNE Art Gallery among other venues. Awards include a New England Foundation for the Arts Individual Artist Grant for Works-on-Paper, and residencies at The Heliker-Lahotan Foundation, Yaddo, and The Vermont Studio Center. Jessyca’s work is included in public and private collections throughout the world.